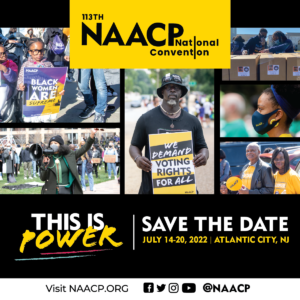 "For the first time in two years, we are thrilled to be able to stand alongside our leaders and celebrate our 113th National Convention in person once again. As we look back on a year of great progress for the Black community, we must recognize and plan for the work ahead," said Derrick Johnson, NAACP's National President and CEO. "Despite enormous wins for representation, our civil rights remain under attack. This year's convention will convene some of our brightest minds to cement a path forward." 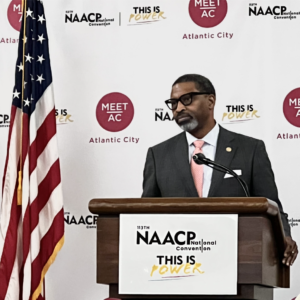 "We are pleased with the Biden Administration's decision in taking this necessary step to ban menthol-flavored cigarettes. The targeting and marketing of menthol flavoring by the tobacco industry have had a devastating impact on our community. Menthol-flavored cigarettes have induced many children and adults, resulting in lifelong addictions, health challenges, and ultimately killing our loved ones."

New York Times: The White House will freeze federal student loan repayments until May 1.
Even so, the kind of sweeping forgiveness that many progressives and activists sought has remained elusive, and some of them quickly pointed out that the Biden administration could do more: “If you can afford to pause student loan payments over and over again, you can afford to cancel it,” Derrick Johnson, the president of the N.A.A.C.P., said in a terse statement.

CNN: USPS reaches settlement with NAACP over 2020 mail-in voting
The United States Postal Service announced an agreement Friday with the NAACP on a lawsuit the civil rights organization filed prior to the 2020 election that had challenged USPS delivery delays.

Black Enterprise: NAACP releases Civil Rights Scorecard
A coalition of civil rights groups released a report grading lawmakers on their voting record and saying U.S. politicians are failing them. The report comes after Republicans blocked voting rights legislation from advancing for a second time last week as Democrats continue to negotiate over President Joe Biden‘s social spending bill. The report was released by the National Urban League, NAACP, National Action Network, and several other civil rights groups. The scores were based on senators’ votes on the American Rescue Plan Act, the John R. Lewis Voting the Rights Advancement Act, and the For the People Act.

The New York Times: Key Biden allies express outrage over Border Patrol’s treatment of Haitian migrants
Senator Chuck Schumer of New York, the majority leader, said that the administration could not “continue these hateful and xenophobic Trump policies that disregard our refugee laws.”

Washington Post: Opinion: The Biden administration must go into overdrive to reclaim our courts
We need to resurrect the path of the civil rights lawyer to the federal bench. Such civil rights legal giants as ­Thurgood Marshall, Constance Baker ­Motley, Robert Carter, Nathaniel Jones and U.W. Clemon were appointed to judgeships between the administrations of John F. Kennedy and Jimmy Carter. But recent Democratic administrations have eschewed that practice, leaving our courts with very few judges who practiced civil rights law. We need such lawyers and other progressives back on the bench to bring some balance to courts around the country.

Variety: NAACP Image Awards 2021: The Complete Televised Winners List
The NAACP Image Awards officially began on Monday, giving out a set of awards each night. In addition to Anderson, “Black-ish” dominated with wins by Deon Cole and Marsai Martin in their respective comedy series categories. However, it was “Insecure” that walked away with the prize for outstanding comedy series.

CNN: Ten more members of Congress join NAACP lawsuit against Trump and Giuliani for conspiring to incite US Capitol riot
The lawsuit is backed by the NAACP, and its president, Derrick Johnson, accused the former President of inciting "a meticulously organized coup...that placed members of Congress and the integrity of our democracy in peril."

Hudson Valley Press: NAACP Convention Focuses on Diverse Future Agenda
“As we continue to navigate the COVID-19 pandemic and a political, social, and economic system in need of fixing, this year’s convention sets the tone on how we move forward,” said Derrick Johnson, president and CEO, NAACP. “While we’ve yet to see the long-term consequences of the past four years, we know that the issues plaguing our nation and communities have compounded exponentially. The significance of how we rebuild our country cannot be understated. The 112th Annual Convention provides a foundation for all to come to the table to discuss and implement long-overdue solutions.”

Essence: NAACP Partners With Lancôme for New ‘Write Her Future’ Scholarship Fund
The legendary beauty brand recently announced its partnership with the NAACP to provide a scholarship fund and mentoring programs for young women on their collegiate educational journey to foster self-confidence, empowerment, and opportunities for learning and career development in the United States. The Write Her Future Scholarship Fund at NAACP in partnership with ACT-SO builds on the brand’s global commitment to empower women by giving them access to literacy, mentoring and entrepreneurship courses. 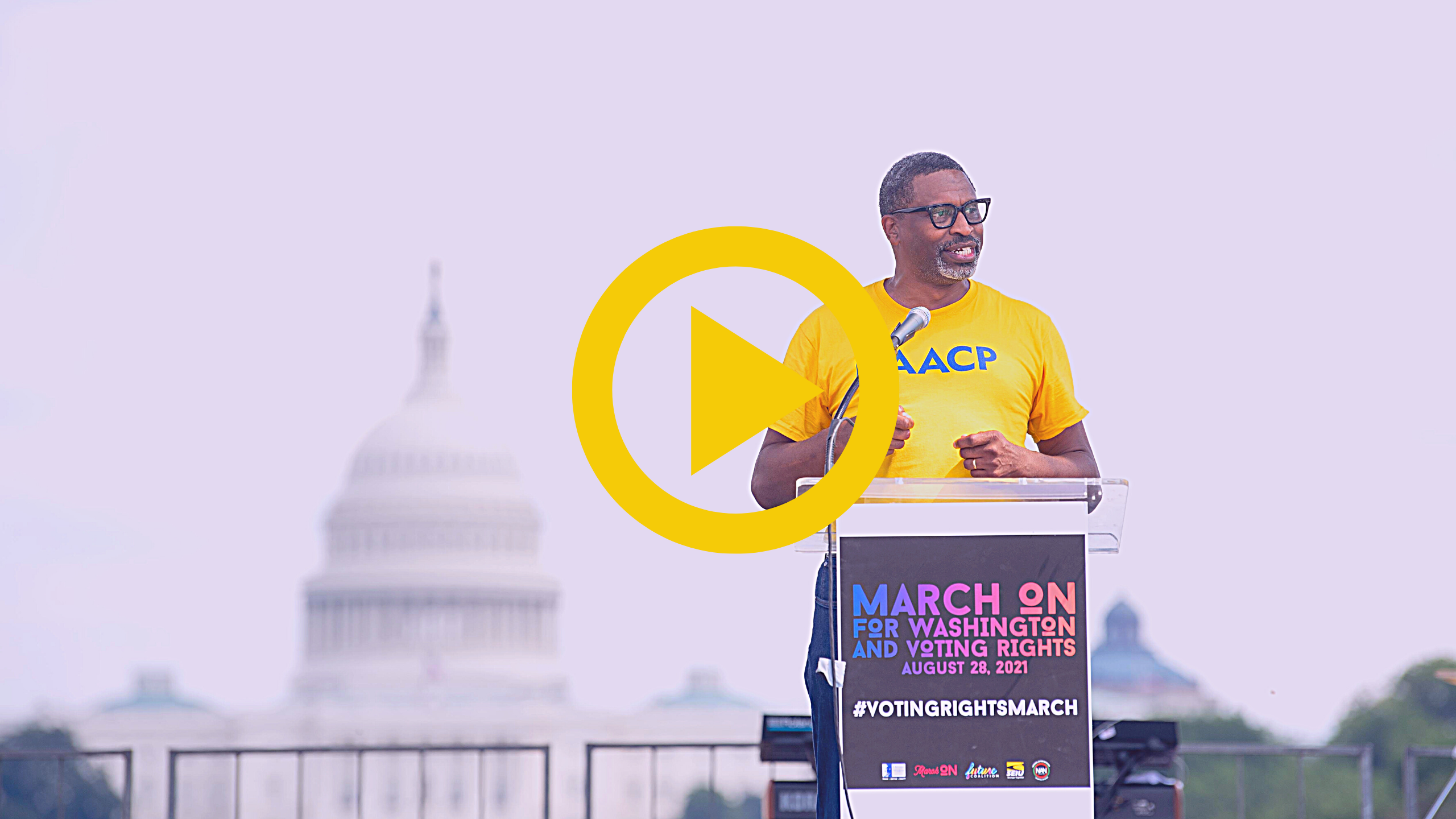 COVID-19 Guidelines Will Be Enforced 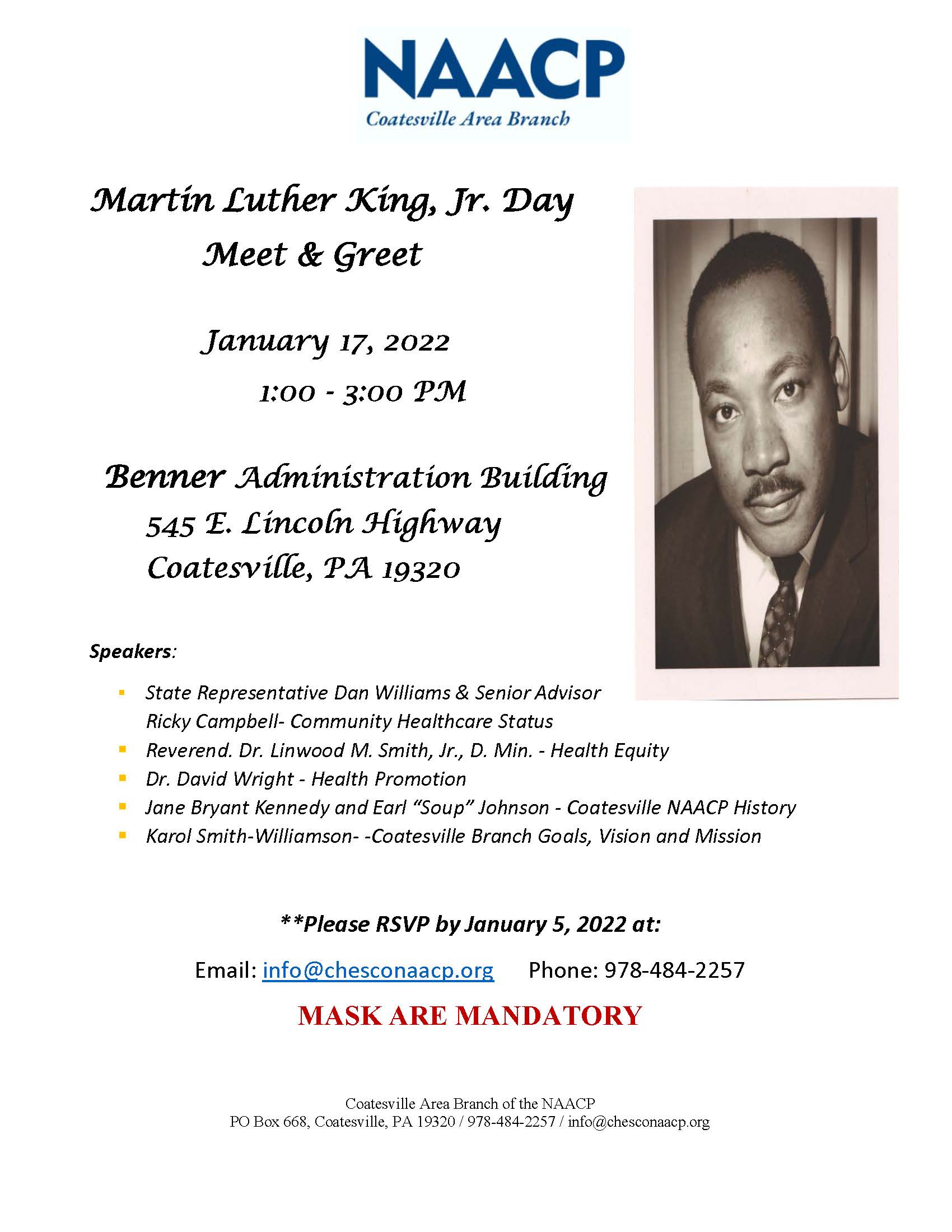 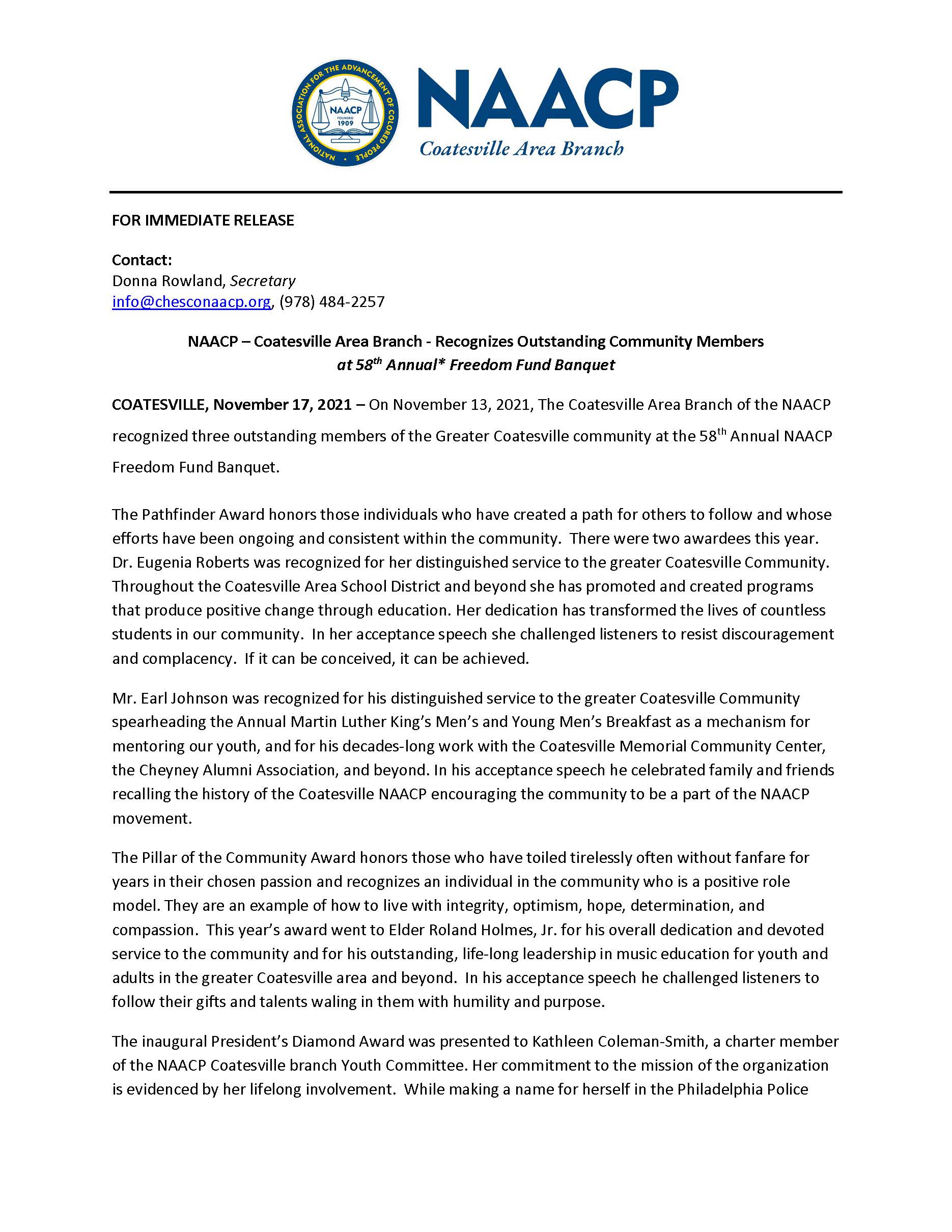 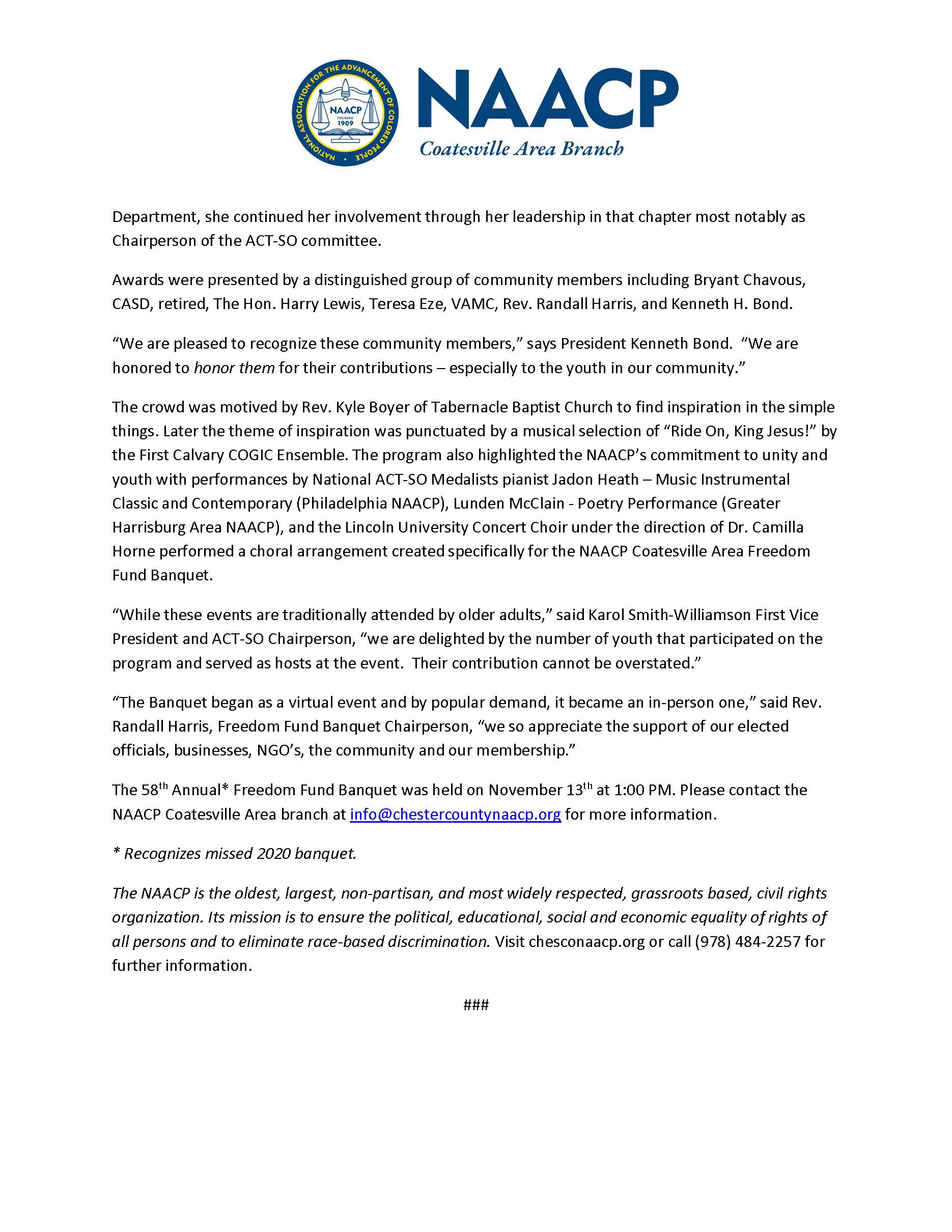 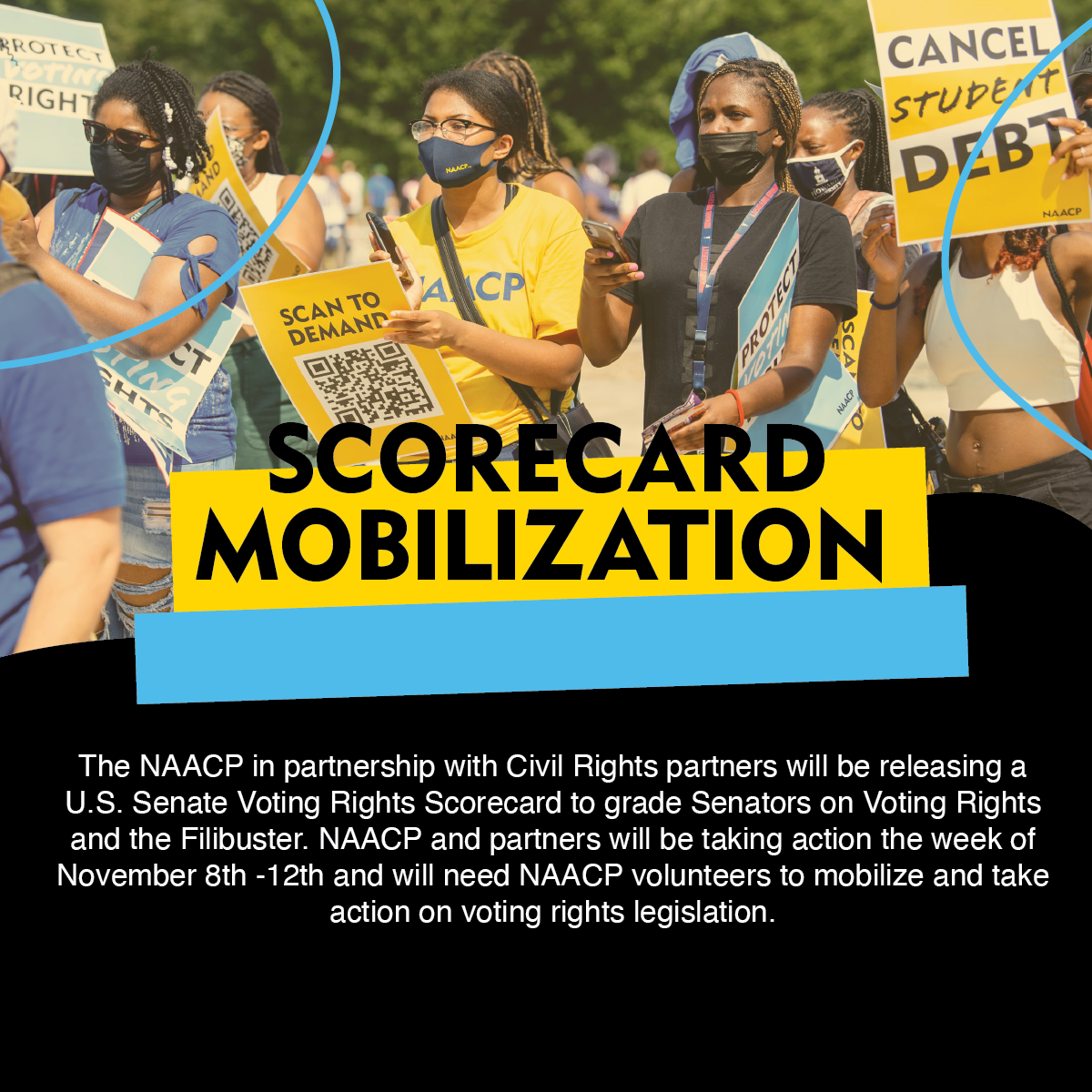 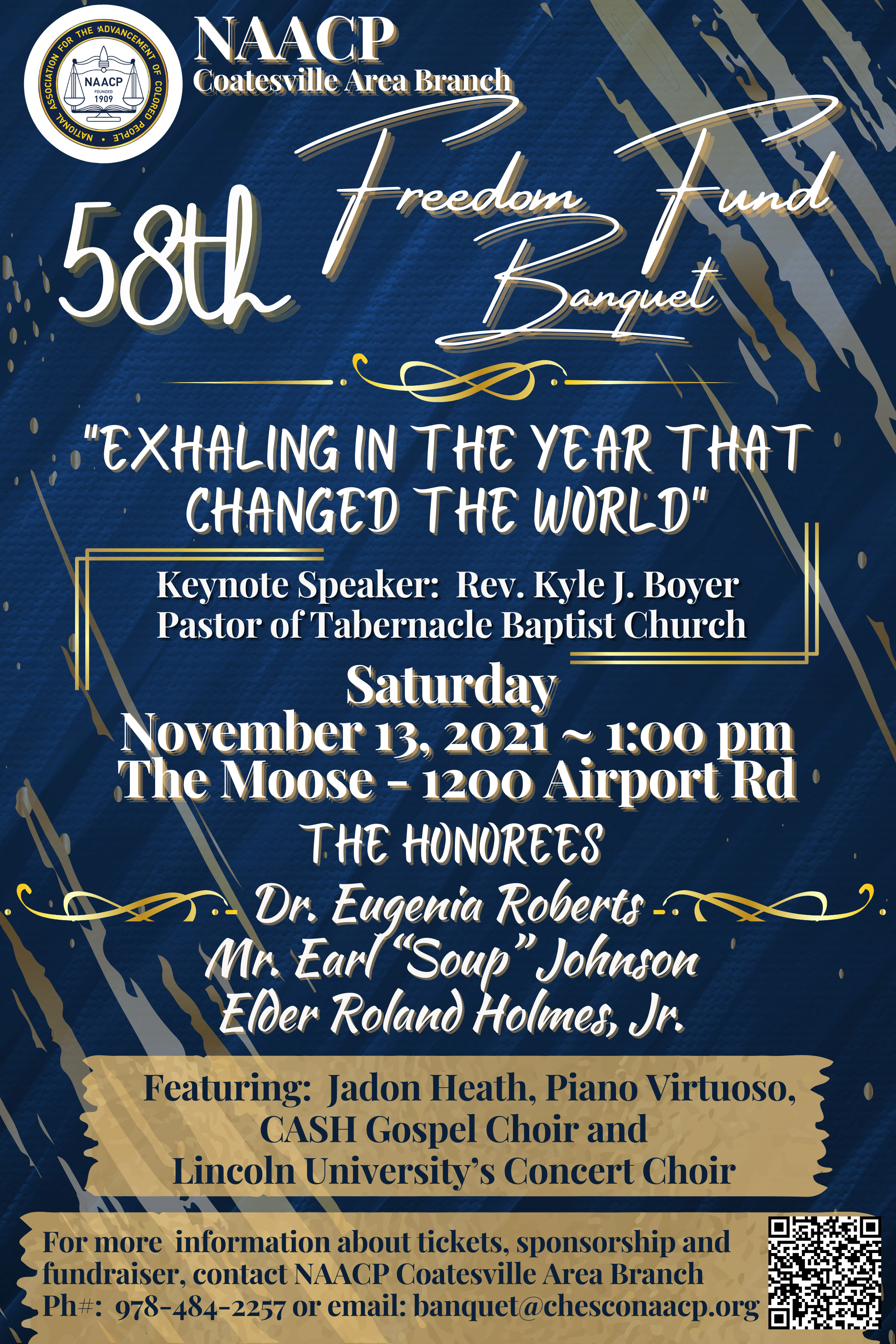 As you may know, the Freedom Fund Banquet Committee had planned an all virtual, pre-recorded event.  By popular demand, following Pennsylvania and CDC guidelines, we are providing an in-person as well as a live streaming event. The event will take place at the Coatesville Moose, 1200 Airport Road at 1:00PM.

When purchasing tickets, individuals must indicate in-person or live streaming as there is limited seating. Those live streaming will still have their choice of meals and establishments.

To be clear, if you, your family, or friends prefer to watch from home, there will be a meal voucher with the purchase of each ticket. The voucher can be redeemed on November 13th and no later than January 31, 2022.  A list of local participating restaurants and menu options will be provided for your convenience.